This article first appeared in the January 14, 2015 EarthDesk. ~ JC

Lava Mae Delivers Dignity One Shower at a Time 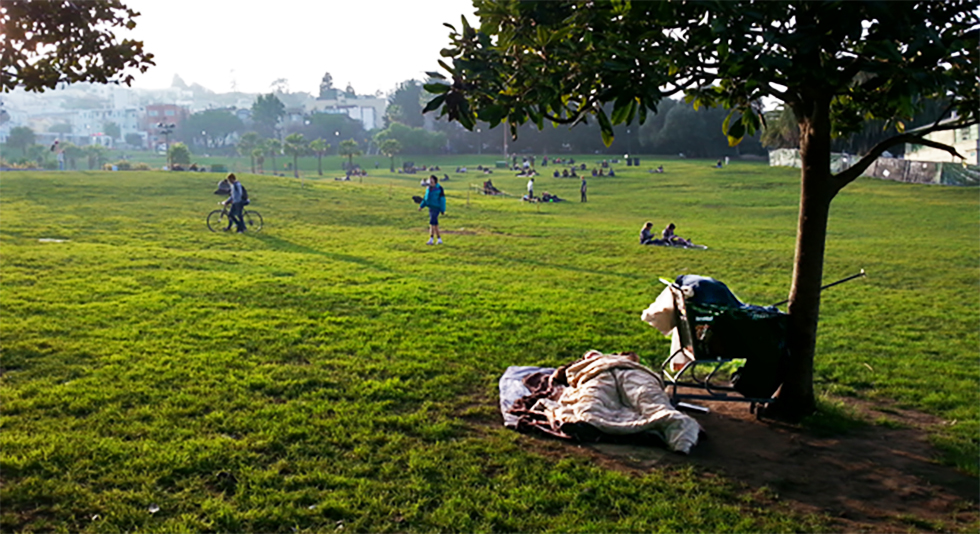 More than 2 million residents of the United States experience homelessness during the year. For them, access to water and basic hygiene is non-existent or a rare luxury, not the fundamental human right the United Nations declared.

“In January 2013, 610,042 people were homeless on a given night,” according to a “point in time” survey conducted by the U.S. Department of Housing and Urban Development. Advocates consider such statistics conservative. In cities throughout the U.S., the plight of our homeless fellow Americans is made cruelly conspicuous by the water-fueled landscapes in which they camp, such as Mission Dolores Park in San Francisco or Park Avenue in New York City.

Lava Mae is a non-profit organization in San Francisco “started by private citizens who believe that access to showers and toilets shouldn’t be a luxury.” Lava Mae outfitted a former transit bus as a bathing facility that makes scheduled stops at specific locations during the week. Lava Mae is Spanish for “wash me.” The slogan on the back of its bus reads, “Delivering dignity, one shower at a time.”

The video below describes Lava Mae’s innovative solution to this pervasive shame of American life.