This article first appeared in the April 18, 2018 EarthDesk. 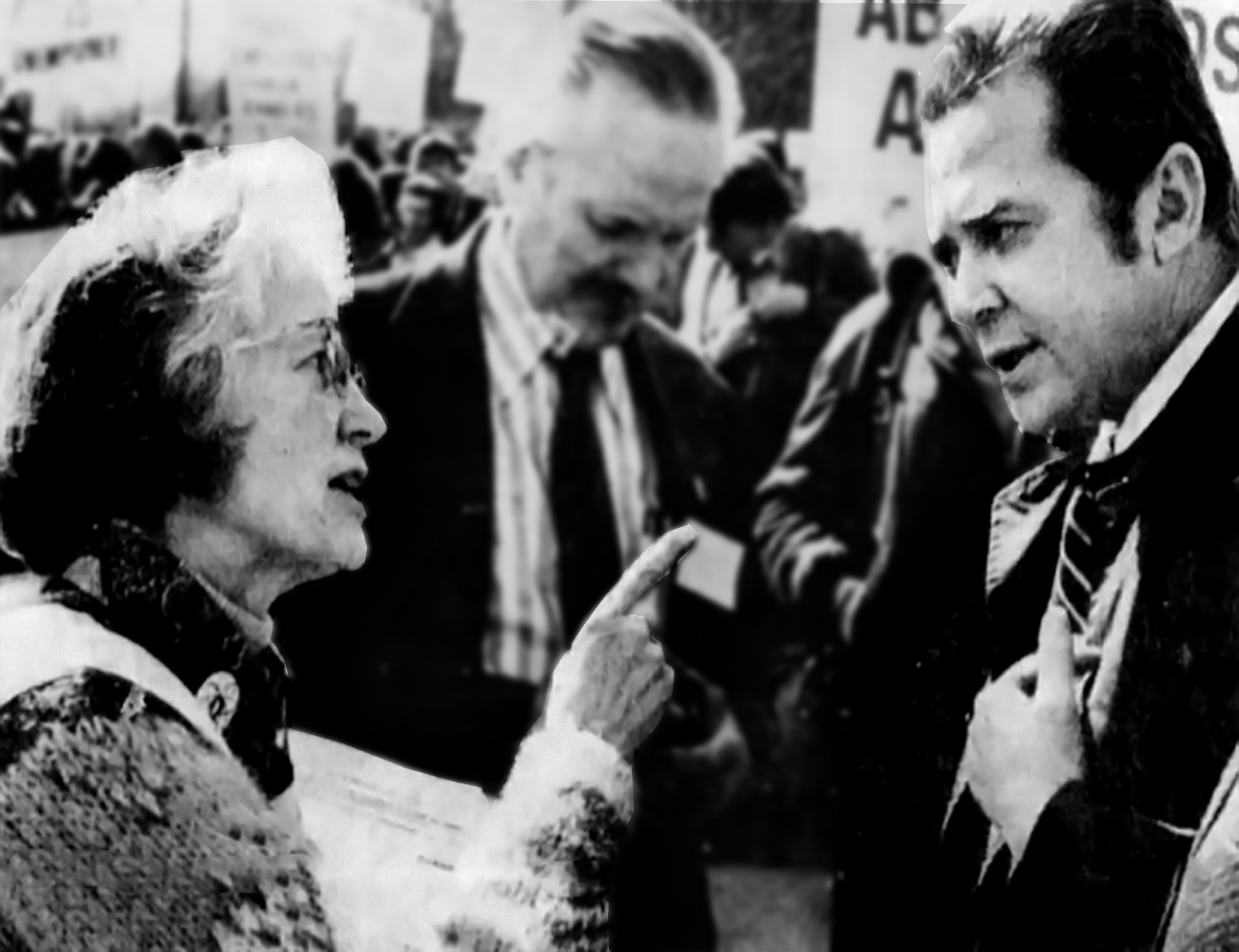 Bursts of sun broke the late February chill, warming the 200 anti-nuclear activists gathered to protest the Indian Point plants in Buchanan, NY. Skull-and-crossbones picket signs dotted the air. A congresswoman, a New York State assemblyman and a former attorney general addressed the crowd with a common message: nuclear power is a threat to the environment and the community, and the federal government should make major investments in alternative energy. Crowd chants of “shut it down” punctuated the speeches.

On the other side of a police line, a counter-demonstration of 600 nuclear workers and local residents shouted down the speakers with vulgarities. James Joy, business manager for the utility workers union, made certain the pro-nuclear force was well-supplied with American flags and pre-printed signs. Most read, “Utility Workers Local 1-2 supports jobs.” The largest, a four-foot banner reading, “Bella close your mouth and stop polluting the air,” pogoed up and down during Representative Bella Abzug’s turn at the podium. The day threatened to turn uglier when utility workers pushed against the police line, and the porch above Johnny Rit’s Bar and Restaurant strained under a pro-nuclear chorus squeezed shoulder to shoulder.

Irene Dickinson, coordinator of the anti-nuke demonstration, did not take the speakers’ podium that day. She didn’t chant with fellow demonstrators. Instead, she waded into the center of the pro-nuke fray to confront James Joy. A Journal News photographer captured the moment: a fearless Irene, 60, index finger pointing at the younger union leader, castigating Joy for enlisting his troops to support what she considered the single greatest threat to the planet, and to his workers’ health. She clearly had the upper hand; Joy was pointing his index finger back at himself.

“The backbone of the anti-nuclear movement was predominantly women.” ~ Attorney Anthony Roisman

“Speak truth to power” is a much abused phrase these days, applied equally to Black Lives Matter activists (who earned it), and millionaire cable talk show hosts (who haven’t). Irene believed an advocate belongs face-to-face with her adversary, no matter the odds, and walked the walk right into the maw of her opposition. Though her anti-nuclear forces were outnumbered by an epithet-spewing 3 to 1, and she was surrounded by angry workers, Irene considered the confrontation a necessity. She placed the owners of Indian Point 2 and 3 – Consolidated Edison and the Power Authority of the State of New York — on notice by delivering a person-to-person message to their rank and file. Family Weekly, a popular national Sunday news supplement at the time, reported on the demonstration in papers from Panama City, Florida to Rapid City, South Dakota.

Given the pendulum swing in popular opinion since, it can be difficult to fathom the loneliness of the anti-Indian Point campaign Irene began in the late 1960s. Support for nuclear power was virtually unanimous among the president, the governor, federal agencies, state agencies, county executives, local towns and villages, unions, and the general public. Undeterred, Irene regularly traveled the region, and sometimes the nation, to speak at churches, libraries, schools and homes.

Occasionally, she brought along a nuclear expert or a film, as she did at the Rockland Ecological Coalition where she was three items down the agenda behind a recycling crisis and newspaper clean-up days. Sometimes, she travelled solo to meetings, such as the Lakeside Nature Center in Spring Valley, NY where she addressed an audience of twenty. For Irene, anywhere someone was willing to sit still was worthwhile.

The backbone of the anti-nuclear movement was predominantly women. I always felt it was not coincidental. Themes like jobs resonated with men. What resonated with women was plants that are dangerous and unsafe. Irene was a natural leader. She was smart and savvy. She worked tirelessly day and night. If you were crosswise, she was quick to the point. But she didn’t do it in a graceless way. Once, when Indian Point hearings were held at a retirement home near the plant, she brought sandwiches for all of us, including the Con Ed representatives.

The impact of Irene’s pioneering work extended well beyond Indian Point. New York Governor Nelson Rockefeller, who gave the state the now defunct, grandly titled Atomic and Space Development Authority, had plans to transform the Hudson River Valley into nuclear power alley, with four additional plants proposed at Lloyd in Ulster County, two at Red Hook in Dutchess County, and one at Cementon in Greene County. It is unclear where in the state he planned to launch rockets. His agencies told the public that New York State would experience regular blackouts by the end of the 20th century if the proposed nuclear plants were not constructed. But as anti-nuclear fervor emanated out from Buchanan, NY, an unstoppable wave of activists were inspired to take on pro-nuclear agencies, private industries and government officials.

Not one more nuclear power plant broke ground in New York State. The nuclear industry crawled to a halt across the U.S. And, to this day, neither New York nor the rest of the nation lack for electricity. Now, Governor Andrew Cuomo has pledged to shut down the Indian Point plants permanently. Many have taken bows for the governor’s action. But I didn’t notice anyone mentioning Irene Dickinson.

Irene was a mentor during my early years of environmental activism. I attended meetings at her home where she served comfrey lemonade and egg salad sandwiches, and I was present at the February 29, 1976 Indian Point demonstration. If she were alive today, she would not have been among those taking credit for the plant’s closure. More likely, she would plant herself on Governor Cuomo’s doorstep with a sign reading, “When?” She always placed the issue ahead of herself.

Still, the day Indian Point closes, a statue of Irene should be erected at the front gate — not as a memorial, but to stand guard. She would hate the idea, but far less so than the adversaries her legacy outlived.