This article first appeared in the August 22, 2013 edition of EarthDesk. ~ JC 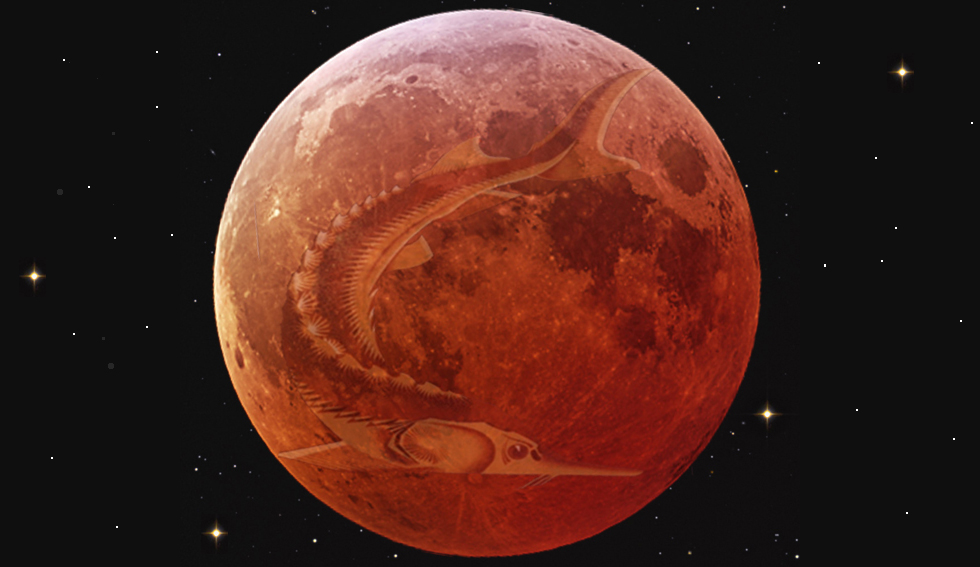 Earlier this evening, I laid my tools on the cabin top of the boat on which I was working, and settled atop to watch the rust red moon crawl to the shoulders of the Hudson Highlands. It continued upward, as if loosed from the grip of gravity, and floated beyond the river’s cragged peaks. It was a Sturgeon Moon.

According to the Farmer’s Almanac:

The fishing tribes are given credit for the naming of this Moon, since sturgeon, a large fish of the Great Lakes and other major bodies of water, were most readily caught during [August]. A few tribes knew it as the Full Red Moon because, as the Moon rises, it appears reddish through any sultry haze. It was also called the Green Corn Moon or Grain Moon.

River, mountain, moon, boat; there was no place I would rather have been, except parked on Bob Gabrielson’s Burd Street Dock in Nyack, NY, of an early May morning in 1981. That day, I climbed out of my pickup truck camper to breakfast on blackfish, and watch the red sun rise one hour prior to our fishing tide. Just four weeks earlier, I had resigned my job in the New York State legislature, moved into the old black Ford, and driven south to join Bob’s commercial fishing crew for the full shad season.

It was a dry spring. The increased salt in the estuary brought all manner of ocean fish into the lower estuary — blackfish, flounder, sea robin, starfish, and jellyfish. The previous evening, we had picked up a young Atlantic sturgeon, about ten inches in length. A rubber band was wrapped around its midsection, an uncommon but known phenomenon on the river. I would see it again on a different baby sturgeon two summers later, off Garrison, NY.

The band cinched the sturgeon’s body and turned the flesh beneath raw. If the constriction did not kill it first,  a deadly infection or fungus would surely attack its young midsection. At some point in its short life,  the fish had swum into the carelessly tossed band, which became caught on its rough-skinned body, and remained while the sturgeon grew.

Sturgeon are a lens into the past. They are often called living dinosaurs. Their lineage dates back 200 million years. In late spring, adult Atlantic sturgeon leave their ocean home to migrate up the Hudson, and other East Coast tidal rivers, to spawn in the freshwater reaches. Young-of-the-year sturgeon use the nourishing estuarine waters as a nursery ground until they are about three-feet long and hardy enough to begin a life at sea. (Read more here)

They have long, leathery snouts on the front of the head, while the bottom part is soft and white with a vacuum cleaner–type mouth that can hang down like the sleeve on an old coat. The eyes are small and glistening, like threatening peas, and the hard body is almost crocodilian, armed with five longitudinal rows of sharp shields, or scutes.

There are twenty-six subspecies of sturgeon worldwide, all with similar physical characteristics, all imperiled.

Just a few miles south of our nets, on the Piermont waterfront, Cornetta’s Seafood Restaurant boasted a sight found at no other eatery in the Hudson Valley. Mounted on the wall of the upper dining room is a seven-foot, ten-inch Atlantic sturgeon, found years ago dead along the Rockland County shore. Alive, it probably weighed 250 pounds.

“There isn’t a person who doesn’t say, ‘I can’t believe this is out of this river,’” proprietor Suren Kilerciyan once told me. “And they all call it ugly— until they learn that sturgeon is where caviar comes from, and then they change their minds.”

It was by no means the largest sturgeon ever caught. The Guinness Book of Animal Facts and Feats reports a documented female beluga sturgeon captured in the Volga estuary in 1827 that weighed 3,250 pounds and measured twenty-four feet long. According to Boyle, the largest Hudson River sturgeon reached 13 feet.

Its natural history would be the sturgeon’s most remarkable aspect but for its stunning decline. Only shark and humans prey on sturgeon. Guess which has decimated the population. Over-harvesting of its meat and caviar, pollution, habitat alteration, power plant intakes — the list of insults that humans have invented best every challenge thrown in the sturgeon’s path during 2,000,000 centuries of life on Earth.

In 1996, Atlantic surgeon were banned for capture on the Hudson River, and in 2009 declared endangered, after an unbroken chain of fishing seasons dating back to the same indigenous tribes who honored the Sturgeon Moon.

Imagine those millennia of survival as a twenty-four-hour clock. It has taken humans less than one -tenth of a second to threaten the survival of all twenty-six subspecies of this enduring, prehistoric fish worldwide. Worth remembering the next time someone passes you the caviar, or you think to cast off a rubber band.