This article first appeared in the October 13, 2013 EarthDesk. ~ JC 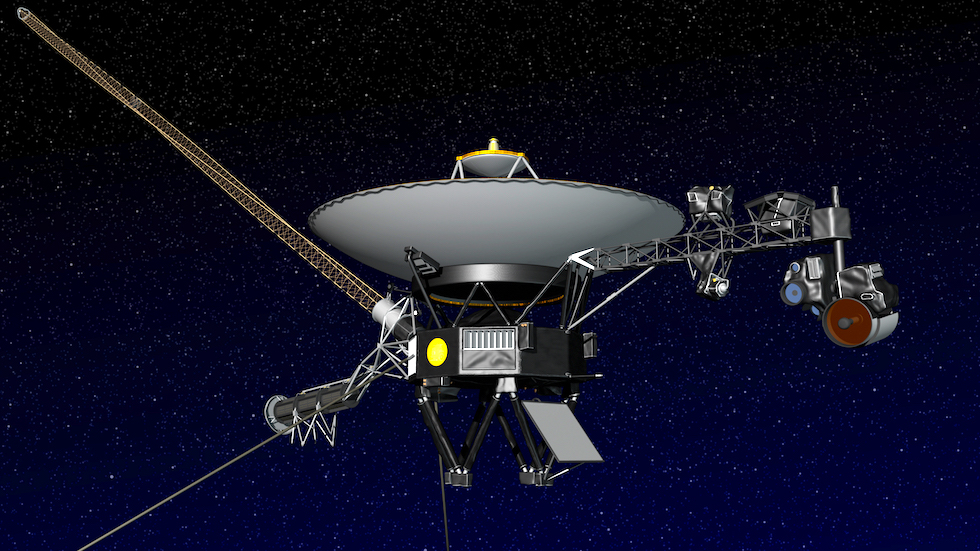 If our environment is the space we occupy, it is now interstellar. NASA reports:

NASA’s Voyager 1 spacecraft officially is the first human-made object to venture into interstellar space. The 36-year-old probe is about 12 billion miles (19 billion km) from our sun.

The news immediately brought to mind the late Carl Sagan who considered the Voyager mission a journey of hope for planet Earth.

Dr. Sagan was our greatest popularizer of science and scientific thinking. He was the David Duncan Professor of Astronomy and Space Sciences and Director of the Laboratory for Planetary Studies at Cornell University, an enthusiastic advocate of space exploration, and a pioneer in exoplanetary science and the search for extraterrestrial intelligence. He was an inspirational teacher, unabashed humanist and profound environmental thinker. 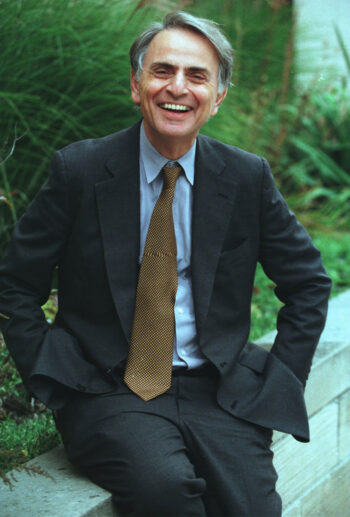 He educated a global audience about the ever-unfolding mysteries of the universe through his books and, of course, Cosmos, at its time the most successful of all public television series. As important, he was a major influence on the American space program and helped shape NASA’s official view that we are likely not alone in the universe.

I confess to an enduring admiration for Dr. Sagan. Regrettably, we never met but Ann Druyan, his wife and collaborator, wrote me in April 2009, “The Carl you admire was absolutely authentic. Up close, he was infinitely greater.”

In 1976, at Dr. Sagan’s urging, NASA decided Voyager 1 and 2 will each carry into deep space a message for alien civilizations, on the thread-slim possibility an extraterrestrial civilization might someday, some millennium, in a different star system, intercept one of the spacecrafts — it will be at least 40,000 years before a Voyager craft reaches such a destination. With the guidance of Dr. Sagan, Ms. Druyan, Frank Drake, and others, NASA included on each of the craft a gold-plated, copper phonograph record and the equipment to play it, along with visual instructions. Admittedly, a quaint technology these many decades later.

The golden records “have a projected shelf life of one billion years,” according to Ms. Druyan, who served as creative director of the Voyager Interstellar Record Project. NASA describes the records this way:

Sounds and images selected to portray the diversity of life and culture on Earth . . . such as those made by surf, wind and thunder, birds, whales, and other animals . . . musical selections from different cultures and eras, and spoken greetings from Earth-people in fifty-five languages, and printed messages from President Carter and U.N. Secretary General Waldheim. 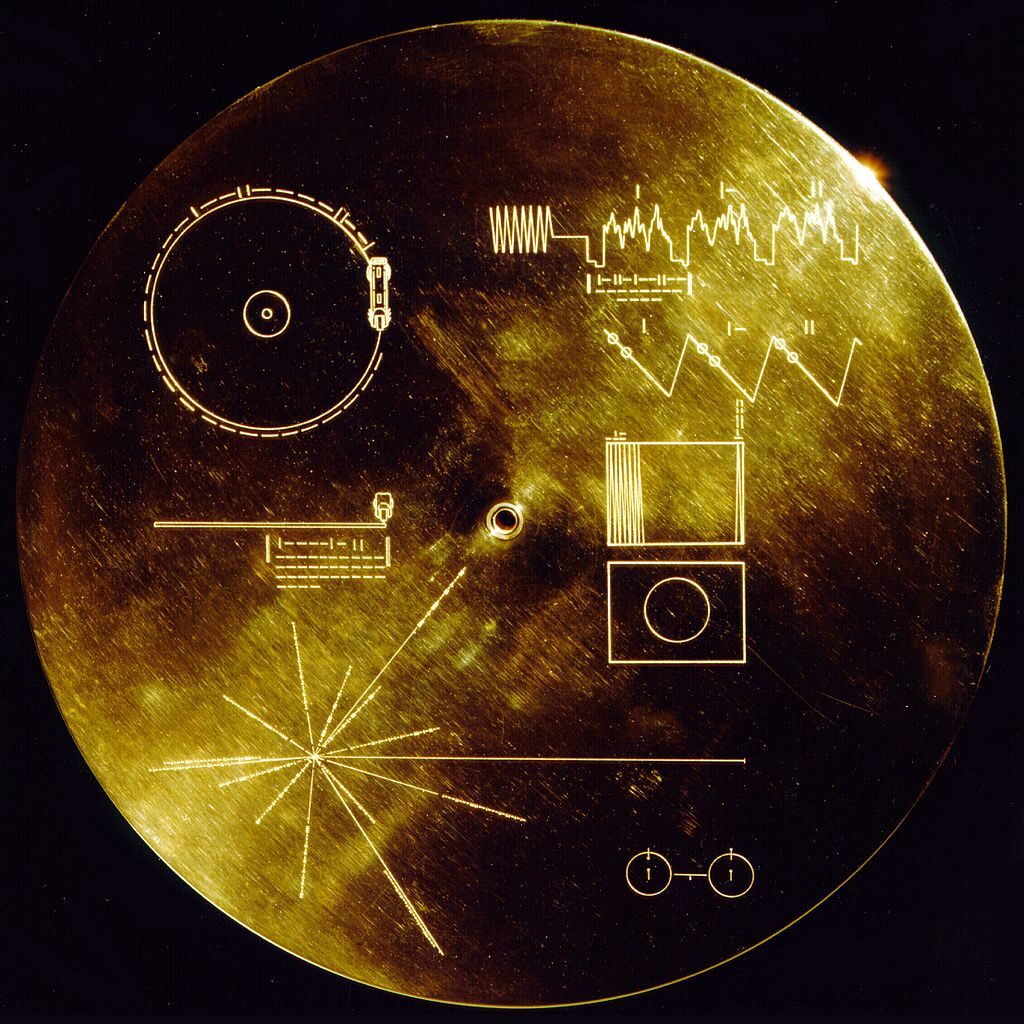 The chief Voyager objective was to perform fly-by explorations of Jupiter, Saturn, Uranus and Neptune, and to make observations during the journey toward and through the heliosphere, the outer edge of our solar system. Today, NASA refers to Voyager 1 and 2 as “time capsules.”

Unimpeded inertial energy will propel them beyond our solar system at 38,000 miles per hour, lonely craft sailing the quiet vacuum of deep space, headed perhaps for a far-flung race. If the children of 42000 listen to the alien animals, ancient music and foreign tongues will they understand we are no longer even a whisper in their universe?

The spacecraft will be encountered and the record played only if there are advanced spacefaring civilizations in interstellar space. But the launching of this bottle into the cosmic ocean says something very hopeful about life on this planet.

I am reminded of his novel, Contact, another hopeful tale, but of an interstellar message transmitted to Earth, intercepted by astronomer Eleanor Arroway, the main character. The message contains schematic plans for a device that will transport its occupants to another star system.

The film version, directed by Robert Zemeckis and dedicated “For Carl,” differs from the novel, but not from its heart. Both present an encounter between Arroway and an alien who represents the senders of the message, somewhere in Vega. The encounter, which involves four travelers and many pages in the book, is a moving, central moment in the film that lasts only four minutes. The alien appears to Arroway as her late father and delivers a soliloquy distilled for the screenplay, for which Dr. Sagan and Ms. Druyan served as advisors. It is still “pure Carl” and worth quoting:

You’re an interesting species. An interesting mix. You’re capable of such beautiful dreams, and such horrible nightmares. You feel so lost, so cut off, so alone. Only you’re not. See, in all our searching, the only thing we found that makes the emptiness bearable is each other.

The Voyager mission is a hand extended beyond the mortal grasp of our species — a message to the children of a future beyond our comprehension that, even from the remote corners of time and space, we need one another.

I must believe Dr. Sagan’s dream was that the event of Voyager’s move into interstellar space would be reason for us to return its message home, to its senders; that the gold and copper phonograph record would serve as a reminder to our planet to remain hopeful, to dream, to count on each other, and “to preserve and cherish the pale blue dot, the only home we will ever know.” (Pale Blue Dot)